I’ve never been terribly butch. Okay, if I’m completely honest with myself, my degree of butchness falls somewhere on the scale between Charles Nelson Reilly and Miss Piggy (if you’re too young to know who either of those celebrities are, please don’t tell me). I may not lisp or swish, but a lack of sibilant sashaying does nothing to detract from my androgynous voice, arched eyebrows and the ability to suck in my stomach for up to 14 hours a day.

Given my inclinations toward the more feminine expressions of existence, nobody is more surprised than me that my son, Pre-Schooler N, is a little bundle of rambunctious, rollicking, raucous boyhood. Yet, despite my earlier and continuing attempts at introducing baby dolls, tea sets and other non-gender-specific playthings, he has always gravitated toward construction diggers, talking cars and toy trains named after an assortment of British royalty.

It’s not that I don’t like Hot Wheels or Thomas the Tank Engine, but I can’t quite figure out my son’s predilection toward traditionally masculine pursuits. He loves to kick and throw a ball, race around with his friends and generally behave like the boisterous boy that he is. I guess that’s why I’ve come to consider that children are born with an innate inclination toward gender expression, despite outside intervention or encouragement. How else can I explain my über-butchy little kid, whose only interest in Barbie or Ken is to see how fast they can scoot down his toy garage’s ramp or hammer in a plastic peg with their heads? That being said, I remain convinced that raising a well-rounded child means avoiding the boundaries that might hem him into a single note of gender expression. I do believe that boys are frequently more naturally aggressive than the female of the species. Is this an absolute conviction? No, of course not. Hell, I was a femmie little sissy who loved playing quietly with dolls and wearing colourful clothes while listening to Julie Andrews LPs. And god knows there are (thankfully) a wonderful abundance of girls who play cowboys, frolic in mud and eschew pink fabric as though it were sartorial poison. But there certainly does seem to be a biological component at play.

Case in point: we’re a no-hitting household, full stop. I don’t hit my kid and don’t generally raise my voice above an imperious reprieve. But we’ve historically had issues with Pre-Schooler N smacking other kids (or occasionally us) when frustrated or angry. And he gives ferocious bear hugs that are positively stifling at times. I can tell he’d love to roughhouse and wrestle, but the closest I can get is holding him tight while squeeling, “Not gonna let you go! Sorry! You’ll have to stay like this forever!”

But I ensure there are plenty of lessons about being gentle, playing quietly and running instead of racing around like an ad for Ritalin Smoothies. Sometimes it’s exhausting, and there are people who insist that a boy’s natural impulses should be allowed to run wild. But I figure we’d all be peeing our pants and suckling at our aged mothers’ breasts if we simply allowed our “natural impulses” to go rampantly uncurbed.

Sometimes it’s not easy. One of Pre-Schooler N’s favourite playmates has been watching violent Incredible Hulk and Spider-Man cartoons since the age of two and delights in bellowing out “Hulk smash!!!!” while breaking shit or pretending to beat other kids into submission with fists, sticks or any other weaponlike item at hand. It’s seriously disturbing to me, even though many parents think it’s “only natural.” Yeah, well, when you’re ready to let your kid crap in each corner of the living room without benefit of toilet training or a diaper, I might buy into your  conclusions about “natural behaviour.”

I was lucky, I guess. I grew up with non-violent cartoons like Scooby-Doo, The Smurfs and the fabulous Super Friends, who passed their adventures avoiding capture by innocuous energy nets and trapping their enemies in glowy magical lassos.

Come hell or high water, my kid isn’t going to have his four-year-old mind programmed to believe that busting stuff and hitting people is fun, funny or anything other than plain bad behaviour. “Good luck with that,” snarked one mother of a cherubic hellion who is equal parts adorable lovebug and squalling stubborn brat. I don’t think she was being mean but rather has surrendered to the idea that her son’s more volatile aspects are impossible to curb.

Maybe I’m just more stubborn than some. Or perhaps the idea of future dealings with an overly aggressive, entitled pre- and post-teen is just too appalling for me to entertain; three-year-olds who slap their parent(s) tend to turn into bigger kids with harder fists. Either way, this middle-aged sissy will continue to hand out penalties for aggressive behaviour and insist on gentle and considerate manners when I have a sneaking suspicion that my little monster would rather be wreaking destruction alongside his less-well-controlled brethren.

But hopefully, when he’s 25 and not doing time for aggravated assault or regretting an abusive relationship, I’ll feel all the effort, censure and timeouts were worth it.

Or I’ll have died of utter fucking exhaustion and the increasing sense that the sound of my own voice is only marginally more irritating than blessed eternal sleep. 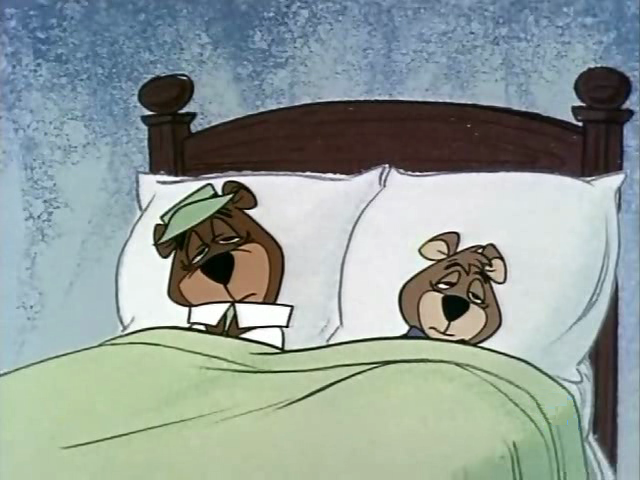