So, it turns out that my son’s bully has come by his shitty behaviour honestly. Via Bully Mom. 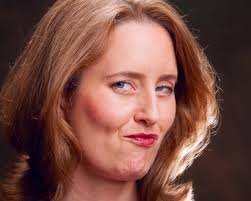 I was accosted by Bully Mom shortly after she confronted Professor D about me calling her kid a bully (see the previous blog for all the gory details). I wasn’t sure if she’d have the stones to go after me, given that Professor D is a mild-mannered sort, and I am not.

Well holy shit was I wrong.

I was at the club, packing up Pre-Schooler N’s sundries when I spied Bully Mom marching towards me with awful purpose blazing in her eyes. Here we go, I thought, putting a relaxed smile on my face and feeling confident that there was nothing this spoiled, middle-aged tennis doyenne could say to upset me in any real way.

I think we’ve all met people who are prepared to go nuclear in order to win an argument: combative sorts who will immediately lunge for the jugular hoping for a quick and easy kill. Bully Mom is one of those people, and I seriously underestimated her. Teeth bared (literally), she played the one card I had never expected —something that my own relatively privileged life, surrounded by progressive sorts in a large urban community, had protected me from over the last couple of decades. But she played it:

Oh, she was smart enough to avoid the p-word. Instead, she went with “inappropriate.” A lot.

I won’t lie, she’d scored a hit. A palpable hit. Perhaps not a K/O, but enough that I felt deeply shaken.

Because for us gay men, who have for decades been portrayed by conservatives and religious zealots as raging child molesters, this is the cruelest, most effective attack of all. People still lose their jobs, their families and their lives over even the slightest innuendo of this nature.

I was frankly terrified.

I was also incredibly pissed off. I demanded that Bully Mom explain what she meant, and exactly what I was being accused of. I told her that these were serious allegations, and that she should make a formal complaint to the club management so it could be discussed. I wanted to know who had said these things (other than herself), what had been said, and when these occurrences supposedly took place.

Bully Mom just smiled smugly, and told me she couldn’t divulge her sources. Then she then went on to say that they all knew Pre-Schooler N was under the care of a child psychologist, and had been bullying other children at the club. She said that other parents and councilors had confided this to her. Again she refused to elaborate or provide examples.

Now, full disclosure here. We did in fact take Pre-Schooler N to a child behavioural specialist. He was having tantrums over what seemed to be silly things: not getting a train wheel to look perfect in a drawing, or making his complex block constructions stay upright. It was always over something he couldn’t do properly, and it seemed that his upsets were out of proportion with the situation.

So we saw a very nice lady three times, who gave us suggestions for diffusing these situations before they became tantrums. It was really helpful, and that was that.

Being the kind man that he is, Professor D had previously offered Bully Mom the contact information for the therapist, in relation to her son’s physical attacks upon the other children at the club. Bully Mom rudely refused, and I remember thinking it was potentially risky to disclose our son’s visits with a therapist.

It was interesting, seeing Bully Mom’s strategy unfold in deflecting from her little bully’s actions and raising suspicion regarding one of his many victims and myself. At this point, I knew I had to cut the conversation short.

“We’re done here,” I said, in a horribly patronizing voice that I use when cornered. She kept going, though, spitting out more “inappropriates” at me while retreating. “Sweetie, we’re done. I’m done,” I repeated, in full impervious queen mode, hoping to salvage some of my dignity. Anything to make it seem that she hadn’t frightened me.

But she had. She’d frightened the hell out of me.

I resolved never to set foot at the club again. The idea that this woman had started a vicious whisper campaign with her mean-girl friends made me sick to my stomach. What if these rumours evolved, as rumours tend to? What could happen to me, to my family? 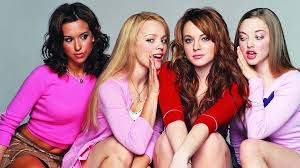 It was here that Professor D really showed his colours. He marched down to the club to speak with the managers, with some of the other parents, and, finally, with Bully Mom herself. He told them all that this sort of whisper campaign was dangerous, and that it was not to continue. The club managers were amazing, reassuring him that they had heard no complaints regarding Pre-Schooler N or myself. That they had witnessed nothing untoward. That the counsellors had said nothing. That this sort of rumour-mongering was absolutely unacceptable.

Bully Mom was, naturally, less receptive. She did back off a little, claiming she had never meant “inappropriate” in that way.

We all know what it means when a gay man is accused of being inappropriate with children. And this woman knew exactly what she was insinuating when she said it over and over and over again to me. But I think she got the message to stop, and that it wouldn’t be tolerated or go unchallenged. Perhaps that’s the best we can hope for.

A few good things did arise out of this ugliness. When they found out the nature of this conflict, Professor D’s parents rallied around me in a way I never would have expected. “We would fight for you to hell and back,” his mother said. And I had no idea they felt that way. I was deeply, deeply touched.

Bully Mom did win, though. I’ll never return to the club, for fear of re-igniting the whisper campaign she created. Next year we’ll likely go to the village’s other club, a smaller affair with local kids instead of the hoi polloi who don’t care who they hurt in their quest for diversion from their own lives. And that sucks.

But sometimes the bad guys win. Sometimes the bullies succeed. And sometimes the rest of us have to retreat in order to survive. We gay folks think we’re safe, here in lovely Canada. But we need to remember that we’re not, and that we need to be cautious and protective and proactive. My mortification at what Bully Mom did paralyzed me — which of course is what she intended. Professor D fought back, which is what we all need to do. Still. Every damn day.

However, I know that Karma can be a cantankerous bitch who has a habit of rewarding bullies with a big heaping of righteous shit. And I have faith that Bully Mom and her odious offspring have that glorious day to look forward to. 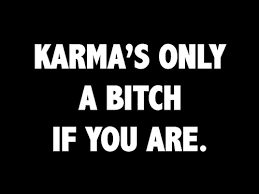