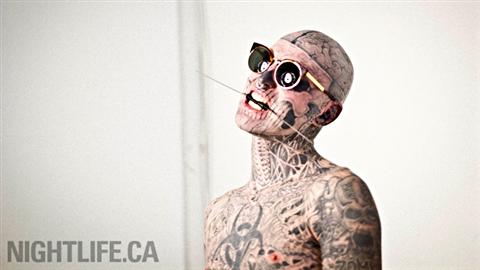 Rico the Zombie, aka Rick Genest, is a 25-year-old Montrealer whose entire body is tattooed in the image of a zombie. He gained notoriety by appearing in Lady Gaga's "Born This Way" video. He still lives near his old hood of St-Henri! He has refused to be interviewed, until recently when he spoke to Nightlife. He was also harshly criticized by Gazette journalist Mathieu Bock-Côté in a March article.

What do you think?