The Room, for people like me who had no goddamn idea, is the upscale section of retail powerhouse The Bay. It houses ready-to-wear creations from such upscale designers as Balmain, Roland Mouret and Azzedine Alaia.

While fashion is seeing a new generation — Karlie Kloss, Cara “Eyebrows” Delevingne and the Kardashian/Jenner one — on the runways, The Bay, in its infinite wisdom, knows there’s only one woman who can be called a supermodel: Linda Evangelista, of the late 1980s and ’90s and forever in my heart, is slated to be the new face of The Room in The Bay.

Let’s welcome Evangelista back into our cold, chilly Canadian arms by reflecting on her contributions to society. 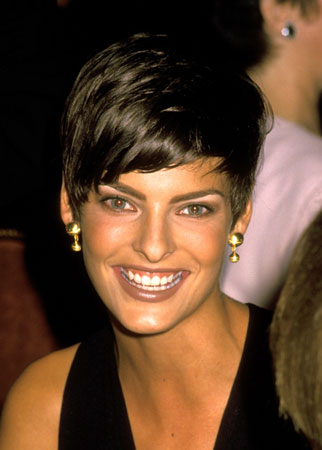 Before The Rachel, there was The Linda: a haircut that launched a career and was demanded by women worldwide. Famously adopted by Demi Moore in Ghost, The Linda would turn platinum blond and bright red before retiring into an asymmetrical bob.

The most unforgettable women in the world . . . 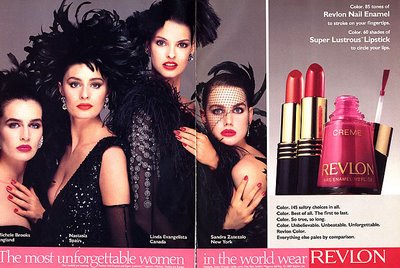 . . . wear not only Revlon, but black feathery accessories. Glamour at its peak.

Evangelista gave birth to a boy in October 2006 and refused to name the biological father. It was later documented in court papers that she listed French billionaire François-Henri Pinault as the father. In 2007, Pinault, the CEO of luxury goods holding company Kering, became engaged to actress Salma Hayek.

Evangelista graced some of the most iconic magazine covers, from Vogue’s 100th anniversary to Harper’s Bazaar’s September 1992 cover, pictured above.

She’s an HIV/AIDS activist who is roundly acknowledged for her philanthropic spirit. She was also one of the faces of MAC’s Viva Glam campaign in 2004.