So David Hockney thinks I’m boring. Not only that, but the septuagenarian artist snarked that I and my LGBT parenting peers were single-handedly destroying gay culture.

Wow. If I’d known I wielded that much power, I would have begun my campaign against men’s plaid shorty-shorts, back when they made their first unfortunate appearance at a Pride parade. 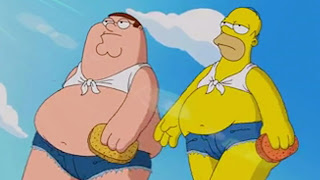 Hockney made these hackneyed comments (see what I did there?) while bemoaning the demise of the glorious gay times: drugs, booze, sex and ciggies (he’s also a big pro-smoking advocate). He mocks me and my ilk for wanting to be normal, to be accepted, to fit in.

Well, newsflash Hock: we gay parents don’t fit in. Not even a little.

You know where I would fit in? On Church Street, or, really, anywhere else in the downtown Toronto area. It’s easy to be a gay man there. Sure, we might catch the occasional flak from Oshawa tourists who have strayed too far from the Skydome, but by and large, we’re as ubiquitous as leather chaps at a Dyke march.

But try parking your ass at a daycare parenting meeting, where some parents (and occasionally the administration) equate male homosexuality with pedophilia, and treat you like a Weight Watchers alumni set loose at the church’s annual bake sale.

Trust me, there are enough crucifixes and headscarves proudly on display to let you know that religion plays an important role in these families’ lives — and my people are generally not amongst the Almighty’s chosen ones, no matter what the ecclesiastic flavour. After all, nothing unites God’s diverse flocks faster than the shared hatred of homos.

It also gets interesting when filling out medical forms. Or registering my son for school. Or visiting the dentist. Or taking him to sit on Santa’s knee. Or trying to arrange playdates with the suspicious mother of your son’s favourite friend.

If my sole desire in life was to fit in, I would be sitting on a Church Street patio, drinking martinis and debating whether Madonna is a brave pioneer for middle-aged women’s sexuality, or a tacky has-been who should seriously reconsider wearing a matador outfit in public. 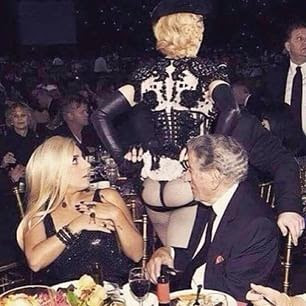 If all I wanted was normalcy in my life, I would avoid all family gatherings and focus on the close group of friends I’ve gathered throughout the years who don’t make snarky comments, exclude me and mine or treat non-heteros like second (and frequently, third) class citizens.

I did not become a parent to be normal. I didn’t want to have a life “just like everyone else.” And I certainly didn’t imagine myself to be striving for some sort of heteronormative lifestyle. How utterly stupid to even conceive of such a thing.

I became a parent because I love kids. I love watching them grow. I love teaching them. I love learning from them. And I wanted to be a part of that in a close, intimate way.

I will state unequivocally that it is harder to be a gay parent. You never fit in. You are never totally accepted. You will never be seen as legitimate. You will hopefully be tolerated, occasionally supported and rarely celebrated. You fight for every right, and dread the inevitable opposition from religious nuts, bigots and just plain ignorant folk. You out yourself in potentially hostile situations every time your kid says “papa” and “daddy” to you and your partner in public. Hell, when you’re as femmie as I am, just holding your child’s hand in public is enough to get stares and the occasional sneer. 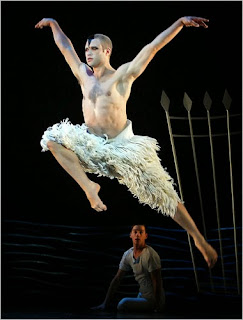 Gay parenting is not for the faint of heart, or for those looking for normalcy and an easy life. It is activism, every goddamn day, in the most unexpected forums and environments. You don’t want to do it? Mazel tov. Whatever floats your boat. More power to ye.

But geez, do not try to tell me that you, some famous artist rolling around in mounds of cash and his own self-importance, have any say over whether or not I am killing gay culture.

I am gay culture, you absolute bastard, and if you don’t like it, you can suck my gay parenting activist dick until you spit rainbows and fart unicorn piss.

PS Still love your work. Especially that one that looks like my kid painted it. Love it.